It's been a while since I saw Tim Burton's "Sleepy Hollow." I remember looking forward to it because I was hoping a coherent story would be in Tim's grasp, since it's based on a coherent story by Washington Irving. Alas, Burton, true to form, gets it all muddled as usual. Nice set design and costumes, as always.

Here's a fine example of a badass tree of cinema: the cherry tree where Christopher Walken's headless horsemen comes bursting forth like a headless bat out of hell. The tree is a true Tim Burton creation, shaped in the curly-que that he tends to favor. And if I remember correctly, it swallows souls of the headless horseman's victims, so it's got some gruesome shots that I won't spoil here. It's all pretty badass, for a tree. 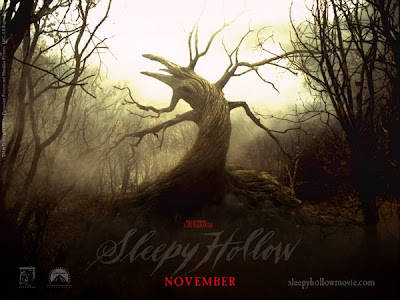 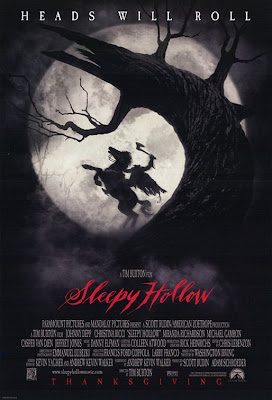 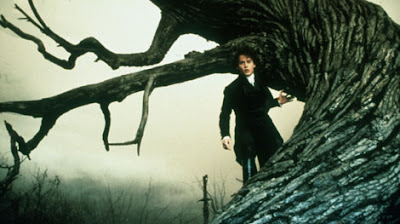 Johnny Depp basically acts scared through the entire film, but looks good doing it.
Posted by Miss Lisa at 7:00 AM

View my complete profile
Nature and the Internet—what could be more diametrically opposed? But it's all coming together in "Your Daily Tree." No longer a daily but I'll be posting sporadic photographic moments. Images copyright captive wild woman, 2013, unless otherwise credited.

Send me a tree photo:
captiveww (at) yahoo (dot) com